ScreenRant.com — We spoke with Stan about his role in Destroyer and how he plays an influential role in Erin’s past, while also threading into the emotional chaos of her present. He revealed what sort of one-on-one research he conducted with real-life undercover detectives to prepare for the role, what it was like working alongside Nicole Kidman, and even how his character differs from – but also relates to – Bucky Barnes in the MCU.

What sort of research is necessary to get into the mind of someone like Chris? Were there any real-life undercover stories that stood out before filming? Or did you prefer to rely more on Karyn’s direction and the script?

No, I always think before we start something is the most critical time, because you’ve got the time – that’s where you’re having the most time to prepare, and once you get to set, it really is about the director and what everybody else brings. But, at the beginning, just looking at the FBI and wondering how does one become an undercover cop? That was the main question. And what kind of background do those people have? What potentially leads someone to make that decision? There’s obviously an addictive quality to the thrill and adrenaline that a life like that entails, so then it says something about what kind of person are we talking about? And you should just keep dialing back, going back as far as you can to what drives a person… I had an FBI agent that I met with; that was very helpful. Kind of got me through the logistics. You know, where you want to go, what you apply for, the kind of training you get. Because there wasn’t a lot said about Chris in terms of his background – I mean, they have that little story in the beginning, but you don’t know how much of that is true and if they’re making it up. It kind of gave me freedom to make some choices. I just knew deep down that I was playing a guy who loses himself enough in his job for another person so much that he’s willing to throw it all right out the window. So, and then- you kind of make decisions from there. You’re kind of just a scavenger, just looking for everything you can find.

Yeah, it seems like everyone in Destroyer is kind of at odds with their identity in some way.

That’s what I loved about the script. I loved that everybody is sort of teetering on the edge of  being a good or a bad person, per se; or being thrown in situations where they have to make decisions that are not likable or- and that’s very human to me. That’s what I love about her [Kidman’s] character. We’re seeing a female character that… you know, meeting situations in life, and doing the best that she can, but is still the character that she is; the circumstances of one’s life, what shapes them to be what they are – and how much of that can you let go of or how much of that can you accept or not accept. The demons can grab any kind of person, no matter what they are or where they come from.

Now, if you don’t mind me touching on this a little bit, you obviously play another character who famously struggles with his identity. Bucky Barnes. Did you notice any overlap in how you would approach Bucky’s struggle with identity versus how you approached Chris’?

Kind of just came at it from the same-

[Laughs] No, man. Of course not. Listen, I love Bucky Barnes. I really do. It’s just a very separate entity in a way. For me it is. And I certainly treat it that way. The characters, to me, are very different in terms of kind of the emotional baggage that they carry, per se, or what their emotional intelligence is. Now, you can make some parallels about identity, and a search for questions of identity; wanting to lose oneself or embrace certain aspects of yourself. Maybe that’s something the characters have in common. But, essentially, I was always thought it was a different situation. 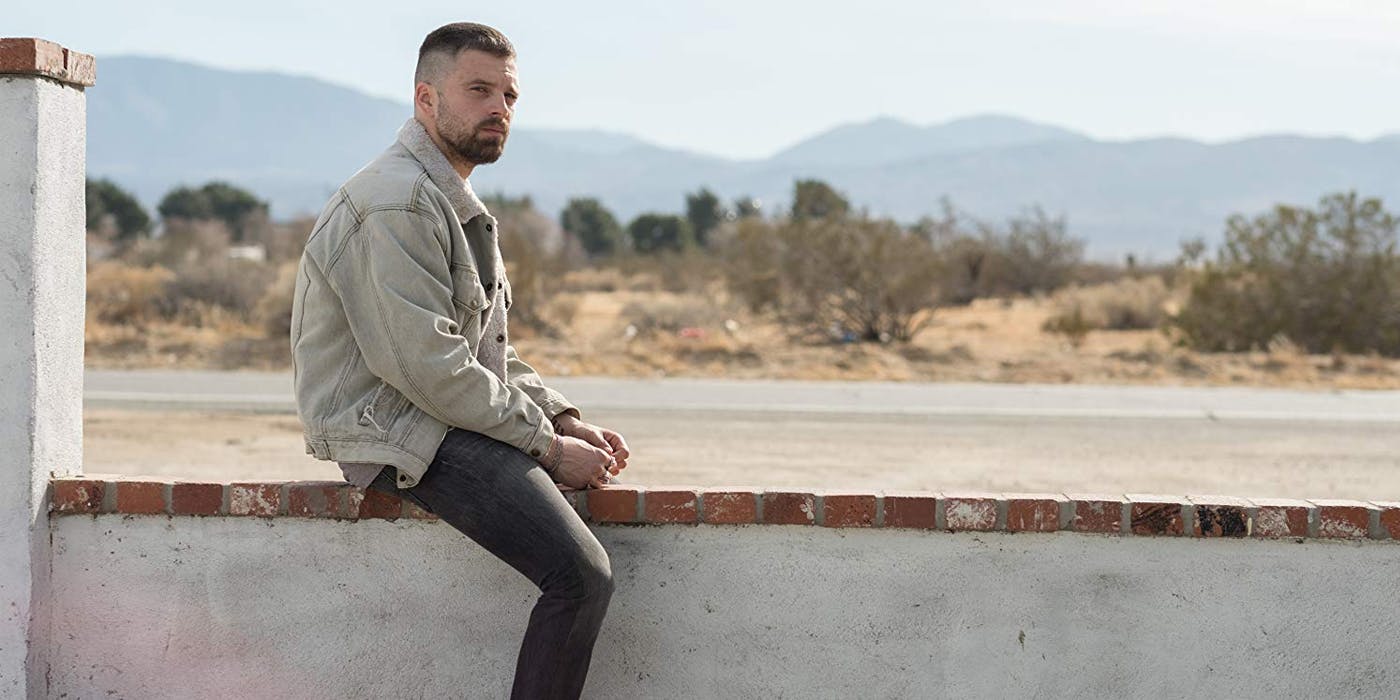 And you were talking about the whole rush of the job; how it kind of changes you-

Well, I’m saying for the undercover cop- the interviews that I’ve seen, stuff that I was reading, they keep referencing this adrenaline that they feel when they’re so close to danger. It’s almost like a gambler. You know what I mean? Like a little bit of the same… a lot of these guys still reference their family or religion or something that keeps them tethered to the real world while they’re deep into this situation. And, that was something that I actually didn’t feel like my character had. He didn’t really have- he didn’t seem to have much of a sense of place in the regular world. He probably was the kind of guy that was going from job to job to job, and feeling more at home under these severe circumstances than actually with his family, or lack thereof, which would make him more prone to the decisions in the film that he makes.

Do you think that had a big influence on  how your character is with Nicole Kidman’s character, in terms of how they kind of fall for each other? Or would that have been a more organic thing, just working together in general?

I think that’s much more of a result of two people finding themselves under extreme circumstances where their – as I said – rational and moral center gets tested, while, at the same time, probably sharing a very emotionally damaged background; feeling that the risk of those consequences are not going to overpower the adrenaline, sort of dopamine-fueled risk one would take, in terms of getting away with what they’re trying to get away with.

That makes sense. But on a much lighter note, I saw on Jimmy Kimmel, you were talking about how you spoke with  Karyn about adding additional layers to your character; how you ended up adding the tattoo of your mom. Was there anything else that you added that audiences might  not notice at first glance?

There are other tattoos that I don’t think got showcased as much in the film. There were some things around my wrist and- I can’t even remember actually. There was another one on my chest that never got to see the light of day. But they were all specific, and, more than that, it was just more about having that kind of specificity in the character, and also for me. Rather than just applying something to look dangerous or whatever, it was just better to have something that actually could draw meaning. In case somebody- you just don’t know. All you can do is just prepare yourself for things to have when you get out there.

In terms of filming – aside from sets and effects – what sort of differences in tone do you notice when you’re filming something like Destroyer versus a big tentpole movie like something in the MCU?

I think it always depends, but, for example, the biggest thing here is that – with a movie like this – you only have a limited time to shoot it; you’ve got thirty days, you know? This was done in thirty days and just the level of collaboration, the idea that everybody really has to be on the same page about what kind of movie they’re making, assembling the best group of people together, in terms of all the other departments, like the ADs, the crew – it’s all crucial – because that’s going to make the machine go, and there’s not enough time to lose time, so that’s probably the biggest difference. But sometimes I think the work is actually- derives from that, because I do feel like there’s a benefit to having less time to think about something. It’s all about the prep, though. That’s the big thing. That’s why that prep saves you before you start shooting; I think for everybody, it’s key.

Was there a certain scene in the movie that you were filming that took the most out of you? I know you have a lot of scenes with Nicole, but then you have the scene at the end with the actual robbery. Was there something that stood out that just really got you?

I think it was just more on an emotional level – the scenes with Nicole – they always surprised me, and always left me kind of thinking about it. And there was something that always kind of revealed itself to me. I mean, it wasn’t exhausting that way in the sense of, you know-  physically or anything. It was more emotional than anything. But that’s why you do it.