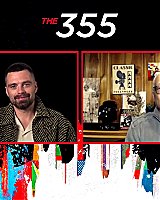 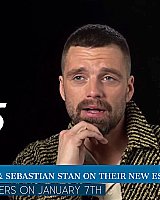 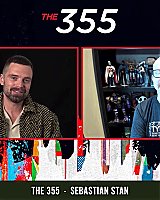 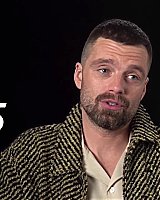 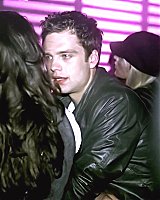 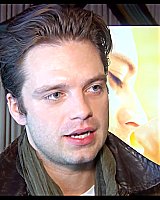 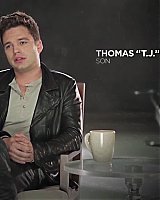 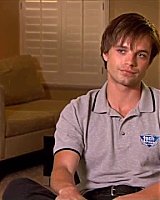 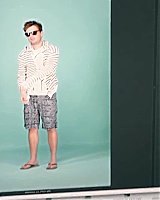 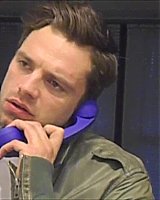 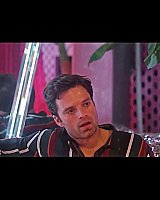 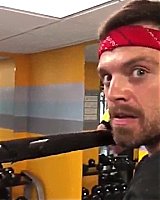 Photos: ‘The 355’ and ‘The Falcon & The Winter Soldier’ Extra (Interview) Screen Captures

I’ve added over 300+ high quality Extra Screen Captures of Sebastian in various interviews for The Falcon & The Winter Soldier and The 355 to the gallery. 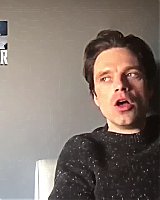 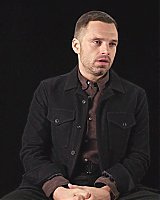 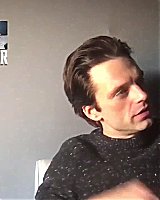 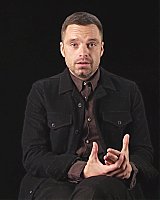 You can now find 400+ high quality screen captures of Sebastian as Nick from the film ‘The 355’ in the gallery along with Bluray featurette screen captures. 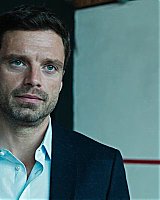 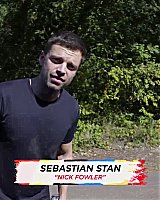 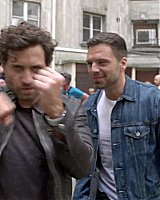 Press: Sebastian Stan on ‘The 355,’ His Next Appearance in the MCU, and Why He’ll Always Love the Three-Way Fight in ‘Captain America: Civil War’

Collider.com — With director Simon Kinberg’s The 355 now playing in theaters, I recently got to speak with Sebastian Stan about making the original action thriller. Written by Kinberg and Theresa Rebeck, from a story by Rebeck, the spy movie is about a group of women that come together to save the world from a top-secret weapon that can hack into any computer. The all-star cast is made up of CIA agent Mason “Mace” Brown (Jessica Chastain), rival badass German agent Marie (Diane Kruger), former MI6 ally and cutting-edge computer specialist Khadijah (Lupita Nyong’o), and skilled Colombian psychologist Graciela (Penelope Cruz). Along the way they run into a mysterious woman, Lin Mi Sheng (Fan Bingbing), who may or may not be on their side. The film also stars Edgar Ramirez and Stan plays Chastain’s partner at the CIA. The 355 was produced by Chastain, Kinberg, and Kelly Carmichael, with Richard Hewitt, Esmond Ren, and Wang Rui Huan executive producing.

During the interview, Sebastian Stan talked about why he wanted to be part of this project, what it’s really like filming a big action scene, how if you see the actor in a wide shot, they really know what they’re doing, why he loves what Keanu Reeves does in the John Wick movies, and more. In addition, we talked about his next appearance in the MCU, if he’s in the Doctor Strange sequel, and why he’ll always be proud of the three-way fight in Captain America: Civil War with Chris Evans and Iron Man.

Watch what he had to say in the player above or you can read the transcript below.

COLLIDER: Million questions for you, but I want to get my Marvel question just out front and just get it done.

For fans of Marvel, when is the next time Bucky will be making an appearance in the MCU?

STAN: I don’t know. Per usual, I can’t answer that question. I have no clue, but look, I think it’s sort of about seeing what’s next for him, right? To some extent, the show, I felt, really graduated him to another level of experience and taking on his past a lot better and gave him another sense of place and sense of family that he’s found there with Sam. So he’s in a pretty good spot right now. I’d be curious to see what the next interesting thing that we could tell with him would be, and as you well know, that is above my pay grade. There are far wiser men and women who are making those decisions. 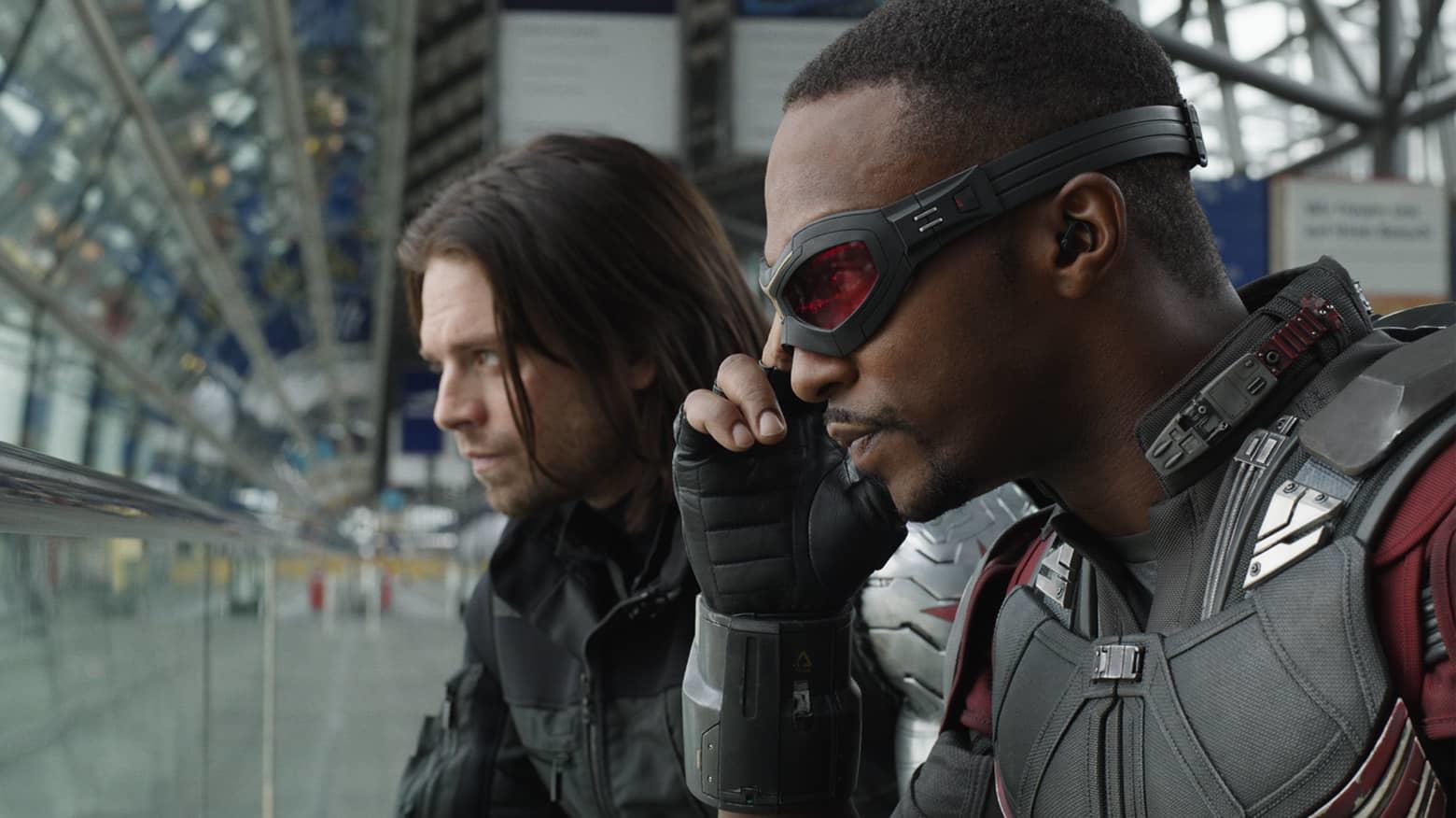 I’ve heard there’s a lot of cameos in the Dr. Strange sequel. I was wondering if you were one of them, but we can move on.

First of all, congrats on being part of The 355. One of the things that I love is that it’s an all women kicking team, and it sort of reminds me of a Bond movie in that…but you are one of the few men in the film. So how did it feel being the “Bond Guy,” if you will.

STAN: I mean, it felt pretty great. I was okay taking my lead off of them. Again, for me, the experience was such an unbelievable company of actors and women to be a part. I knew that it was going to be a very collaborative experience. I felt very embraced. I felt very encouraged by Jessica as a producer as well, and Simon Kinberg who wrote and directed it to bring as much to the table as I could. It was an unique actor driven experience. And that was, I think, her goal with assembling this unbelievable company together. She really wanted this story to be told from the actor’s point of view, from the creative. You just don’t get to do that very often with this type of film, this type of genre. I think as a result, you get something that’s a little bit different and unique and more honest.

END_OF_DOCUMENT_TOKEN_TO_BE_REPLACED

So, to make things easier I’ve embedded a YouTube Playlist below which includes most of Sebastian’s interviews with various entertainment sources that he’s took part in to promote his new film ‘The 355’ which is now in theaters.

This is a movie that I want to be a fly on the wall during the filming process. If you could relive any moment you have with the cast either onset or offset, what moment would that be?

Sebastian Stan: I would probably pick that whole month of July in Paris, filming. I think that was one of the most memorable experiences I ever had. It’s one of the most beautiful cities in the world and also, it was a great summer and it was pre-pandemic. There was just a different energy. We were shooting in all these really exotic locations and not on a green screen and able to improvise and riff off of things, and everybody was supportive of that. So I’ll do July in Paris in 2019.

Diane said the exact same thing. She said there was a moment that you guys were eating at brunch or something and all the guys were eating salads and water because they had to take their shirts off the next day.

Sebastian Stan: That’s true, Edgar and I were very concerned about what that would eventually look like. But yeah, you don’t want to do any diet in Paris. That’s not the place for that. But yeah, I think this was one of those experiences where everybody really did get along, and we would somehow shoot what we needed to shoot and never really go over. And then we would sometimes go to a restaurant, and kind of sit outside, and it’s in Europe, and think about the day we had. So yeah, it’s pretty special in that regard.

I’m really hoping we get season two of Falcon and Winter Soldier. But just curious, like, what do you want next for Bucky? Because that was such a wonderful arc that we got with him.

Sebastian Stan: I agree. I mean, we did and I’m not the one to be able to tell you what the next best thing for him is. I haven’t quite figured it out yet. I feel that it was nice to get him to a good place, and having kind of, sort of come back around to accepting himself and his past, and find his own place in the world now, and his own sense of family and values. So, we’ll see what’s gonna top that off. I don’t know.

Sebastian Stan: I don’t you know. I feel like I don’t and maybe I should more than not. But I thought I would just be more present. That’s sort of what I’ve been fighting hard to do. I think we’re living in the world that we’re living in with technology and everything happening so quickly. I think it’s hard to do that. I think we all got to find our moments of stillness, whatever that may be for people.

Here’s a new ‘355’ film interview with Sebastian and a new BTS featurette which is spoilery.

Check out the newly released production stills of Sebastian as Nick Fowler from the action thriller ‘The 355’ which hits theaters today, January 7th! 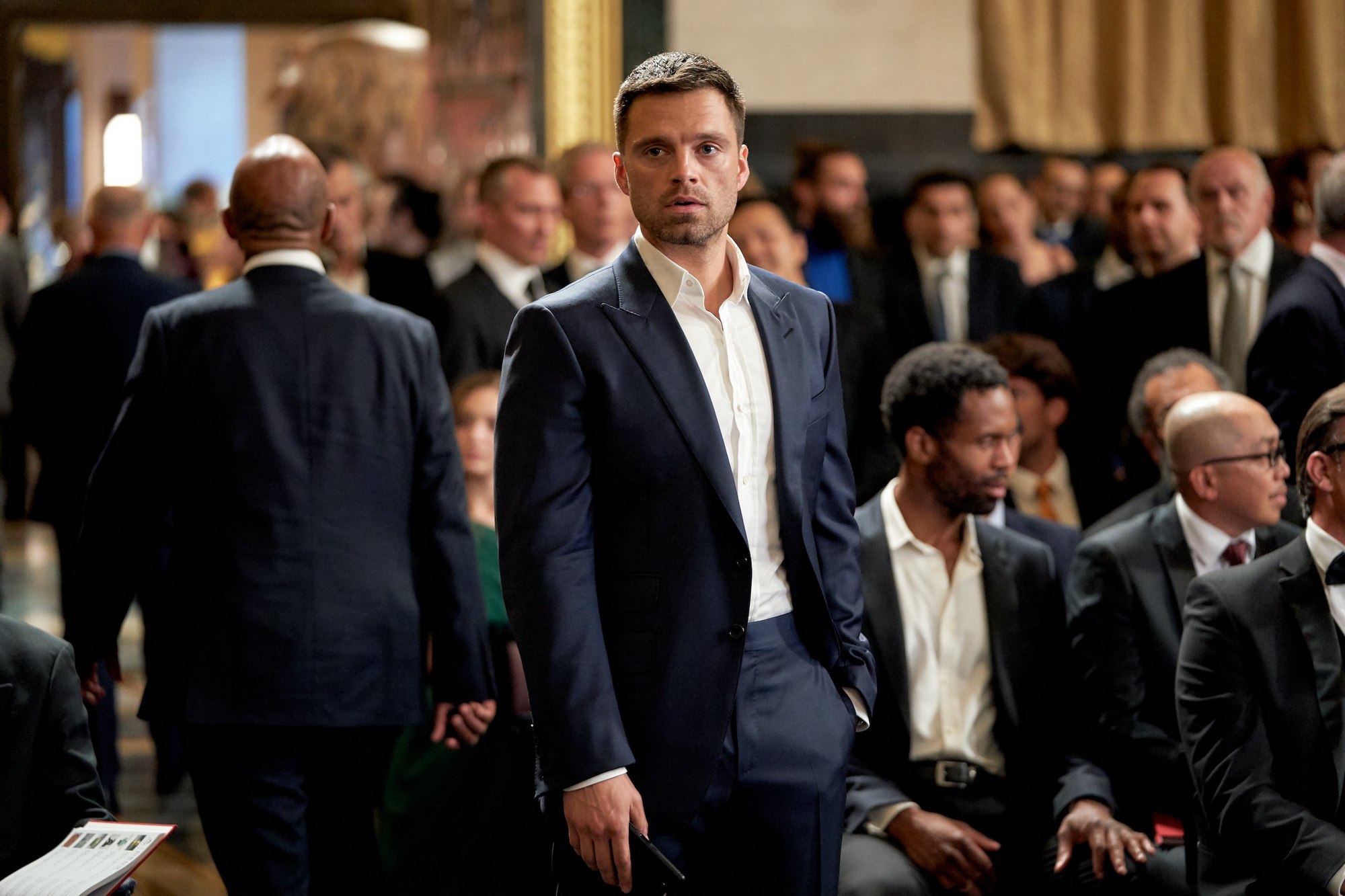 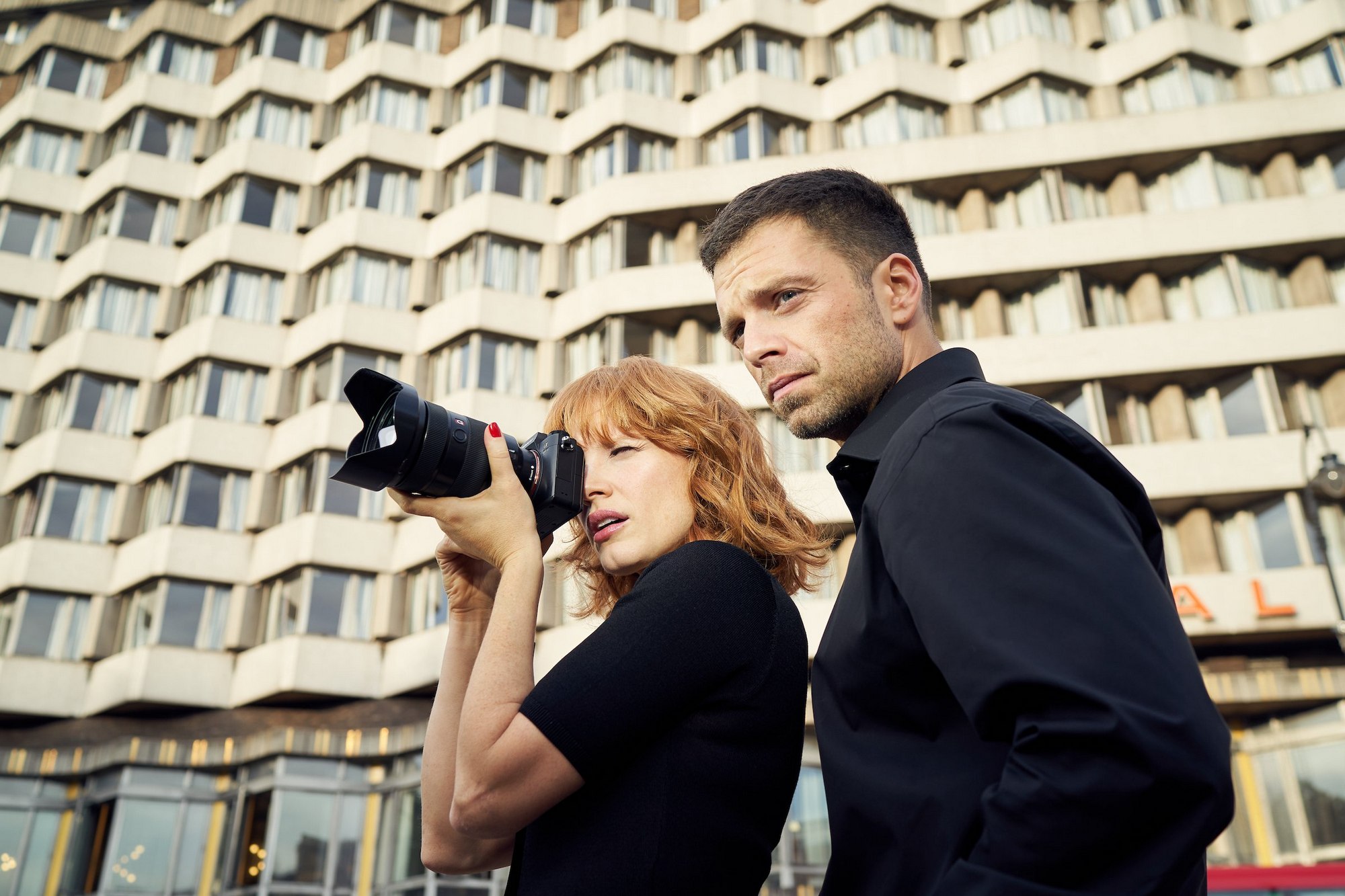 When a top-secret weapon falls into mercenary hands, a wild card CIA agent joins forces with three international agents on a lethal mission to retrieve it, while staying a step ahead of a mysterious woman who’s tracking their every move.

0   |   Leave a Comment
Published by Samantha
Page 1 of 2 1 2 Next Page
Sebastian Stan Fan is a website created by a fan, for the fans and is in no way affiliated with his management, or any company associated with him. All media, photos, trademarks and copyrights are owned by their respective companies. No copyright infringement is intended. Please contact us if anything should need to be removed from our servers.