HollywoodReporter.com — Jamie Dornan also stars in the romantic drama about a 30-something woman navigating love and heartbreak over the course of a year.
Shailene Woodley and Sebastian Stan get cozy in this first-look still from Drake Doremus’ Endings/Beginnings, premiering at TIFF on Sept. 8.

The drama — also starring Jamie Dornan (Fifty Shades of Grey trilogy) — is set in present day L.A. and sees Woodley, most recently appearing in Big Little Lies, play Daphne, a 30-something woman navigating through love and heartbreak over the course of one year. During that time, she will unlock the secrets to her life in a sudden turn of events and in the most surprising of places. 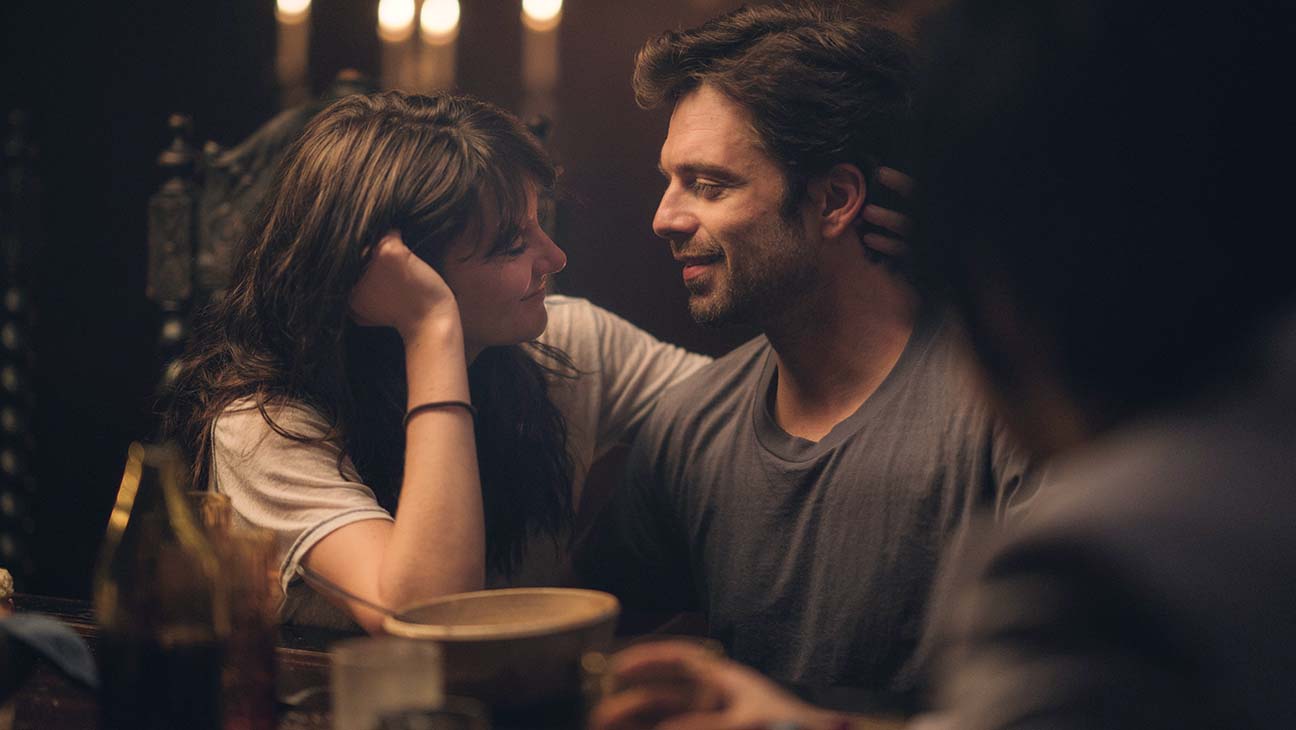 Protagonist Pictures is handling international sales outside of Asia, which is being repped by CJ Entertainment. UTA is repping domestic.

Video: ‘The Falcon and the Winter Soldier’ cast teases what Sharon’s been up to, other plot hints

EW.com — The cast of forthcoming Disney+ series The Falcon and the Winter Soldier are shielding plot details pretty fiercely — but when they sat down in EW and PEOPLE’s video studio backstage at Disney’s D23 Expo, they did tease a few hints.

CinemaBlend.com — The Falcon and the Winter Soldier will be one of the first Marvel shows available to stream on Disney+ and a new poster out of the D23 Expo already highlights a significant change for one of its characters. That’s right, Bucky Barnes is sporting a fresh, short new haircut. The floppy, shoulder-length hair he had in films like Captain America: Civil War and, more recently, Avengers: Endgame is gone. 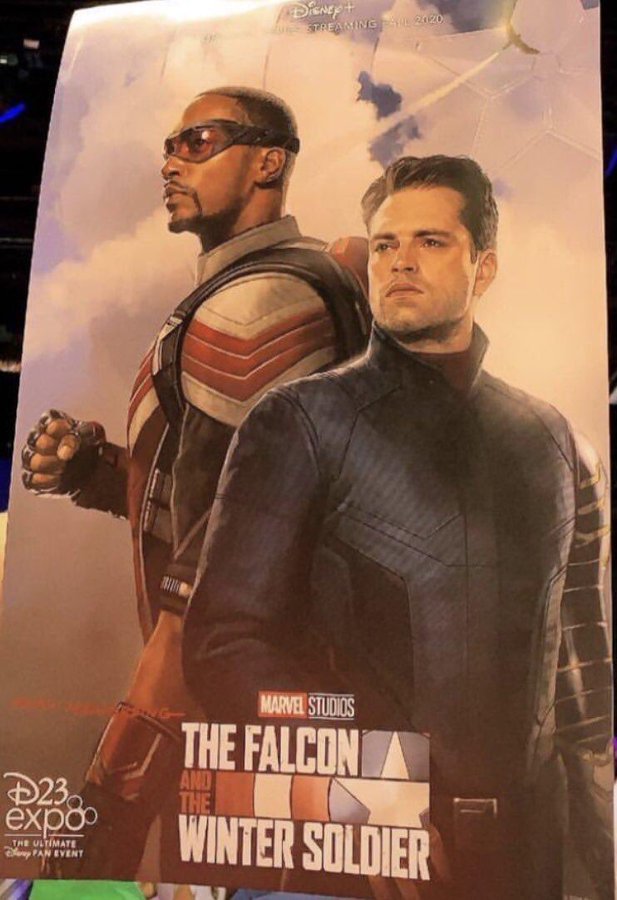 Video: Sebastian Stan & Anthony Mackie Talk ‘The Falcon and the Winter Soldier ‘ at the 2019 D23 Expo

This past weekend Sebastian stopped by the 2019 D23 Expo to promote his upcoming show The Falcon and the Winter Soldier on Disney’s new streaming platform Disney+ which debuts this November.

You can check out all the press interviews in the below YouTube playlist along with high quality screen captures. 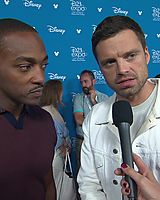 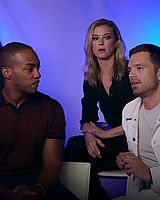 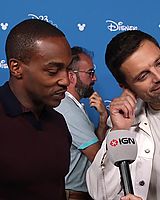 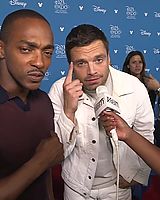 TV Guide: Everything We Know About The Falcon and the Winter Soldier on Disney+

TVGuide.com — Although Avengers: Endgame concluded what has now become known as the Infinity Saga earlier this year, the Marvel Cinematic Universe goes on. In addition to a number of films currently in the works as part of Phase Four, some of your favorite Avengers will also be venturing to the small screen for limited series on Disney+, Disney’s streaming service, which is set to launch Nov. 12.

The first series coming our way will be The Falcon and the Winter Soldier, which finds Anthony Mackie and Sebastian Stan reprising their fan-favorite roles as Sam Wilson and Bucky Barnes, respectively. As is the case with everything Marvel related, details surrounding the series are still pretty scarce, but here’s everything we know so far.

It’s coming in 2020. Although we would like to have it streaming directly into our eyeballs much, much sooner, The Falcon and the Winter Soldier won’t be available to stream until fall of 2020.

There will reportedly be six episodes. Each of Marvel’s new series will be limited in nature, but as we’ve learned recently, that word doesn’t really have any meaning in Hollywood anymore. Maybe if we’re good and ask really nicely Marvel will grant us more seasons?

Zemo is back. We knew there was a reason Daniel Bruhl’s Zemo lived at the end of Captain America: Civil War, and during Marvel’s panel at San Diego Comic-Con in July, Marvel Studios boss Kevin Feige revealed it’s because he’s returning to stir up trouble for Cap’s two best friends.

John Walker will be played by Wyatt Russell. In the comics, John Walker is (currently) known as U.S. Agent, but before that, he also was known as Super-Patriot, who openly opposed Captain America — the OG Captain America, Steve Rogers. It’ll be interesting to see if that’s still the case, considering that the mantel has now been passed off to Sam.

It takes place after the events of Endgame. This is pretty obvious, especially when you consider the iconic shield that is part of the show’s logo design, but the series will pick up in the wake of Endgame. This means that Sam will likely be dealing with having to live up to Steve Rogers (Chris Evans) as Captain America.

It will be directed by Kari Skogland. Skogland, whose recent credits include The Handmaid’s Tale, The Loudest Voice, and The Punisher, is on board to direct the show.

Disney+ launches on Nov. 12. Find out what else is coming to the new streaming service.

On August 23rd, Sebastian Stan and Anthony Mackie teamed up during the Disney+ Showcase at Disney’s D23 EXPO 2019 in Anaheim, California to discuss their upcoming series The Falcon and The Winter Soldier which will debut on their new platform next year.

The Falcon and The Winter Soldier will stream exclusively on Disney+, which launches November 12. 2019. 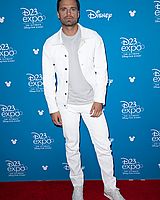 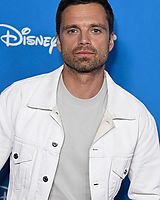 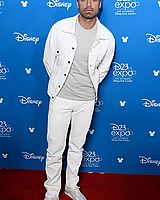 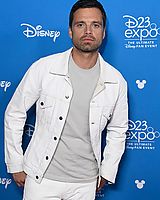 My apologies if some of this seems disjointed. I cut and pieced many of this together from a handful of ComicBook.com’s articles to make one master post for easy reading. Much of what they reference is from the videos posted via YouTube.

Avengers star Sebastian Stan wants to turn director, but the actor admits he’s still “very far, far off” from heading behind the camera.

“It’s only in the last couple years that I’ve become so in awe of directors and the moviemaking aspect. As an actor, I used to only see myself and the scenes and my contribution, but then I realized, ‘Wait a minute, you’re part of this big thing,’”

“And there’s always a sense of vision and just the way that you can tell stories visually, with sound, the whole editing [aspect], the way you can influence [a film] — it just fascinates me. Yeah, it would be nice to kind of find something that could make sense at some point, but I’m still very far, far off from that.”

Asked if he might make his directorial debut on streaming service Disney+, where Stan and Captain America co-star Anthony Mackie will lead The Falcon and the Winter Soldier, Stan said with a laugh, “They’ll never, they’ll never let me. I don’t know about that. That’s a high bar.”

Sebastian Stan Reveals What Bucky Would Have Done With Time Stone in Avengers: Endgame

To say that the Winter Soldier has been some through some awful things in the Marvel Cinematic Universe would be something of an understatement. He went from being Steve Rogers’ best friend and an Army officer before being captured and experimented on by HYDRA and then, after falling to his presumed death, brainwashed into becoming the superpowered assassin Winter Soldier. It’s a complicated, bleak history, a history that fans might expect Bucky to want to undo if he had the chance. But, according to Sebastian Stan, there’s something else he’d do if Bucky got his hands on the Time Stone.

Stan was asked by a fan during his appearance at MCM London this weekend what Bucky would do if he had the opportunity to use the Time Stone — the Infinity Stone that has the ability to manipulate time — and it turns out, Bucky wouldn’t completely erase his history as Winter Soldier — just the assassinations.

The idea that Bucky would use the stone to go back and prevent his other self from carrying out the multitudes of assassinations HYDRA and the KGB had him carry out over the years rather than stop himself from becoming the Winter Soldier in the first place is an interesting one. While it would in theory keep much of the character’s history intact, stopping some of the assassinations would likely have far-reaching impact on the MCU’s history on the whole. What’s certain is that a Winter Soldier on Winter Soldier fight would be pretty epic to see, much like watching Captain America fight himself in Avengers: Endgame was a pretty great scene itself.
END_OF_DOCUMENT_TOKEN_TO_BE_REPLACED 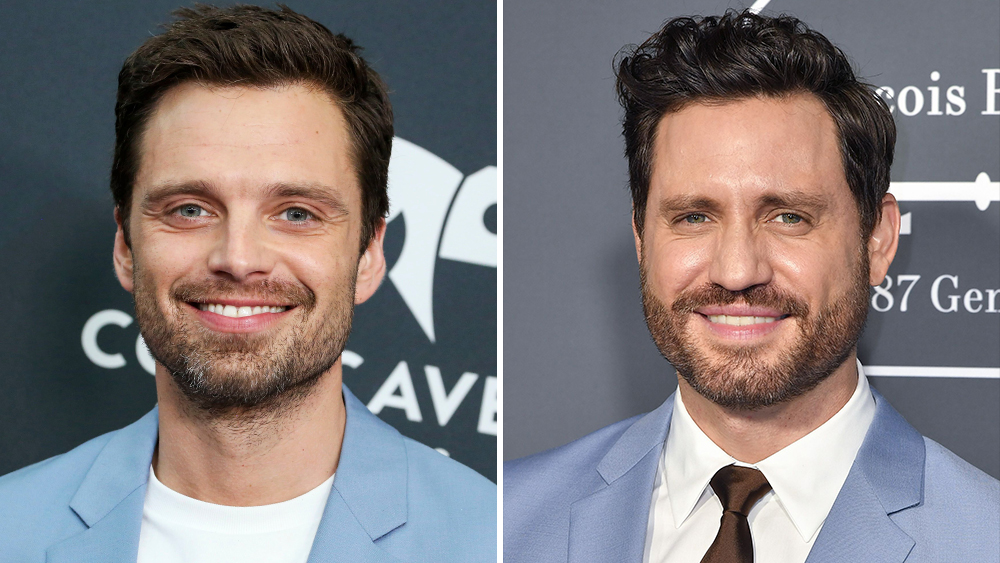 0   |   Leave a Comment
Published by Carol
Page 6 of 29 Previous Page 1 … 3 4 5 6 7 8 9 … 29 Next Page
Sebastian Stan Fan is a website created by a fan, for the fans and is in no way affiliated with his management, or any company associated with him. All media, photos, trademarks and copyrights are owned by their respective companies. No copyright infringement is intended. Please contact us if anything should need to be removed from our servers.