Ricki and The Flash Video
May
06

‘Ricki And The Flash’ Official Trailer

Meryl Streep takes on a whole new gig – a hard-rocking singer/guitarist – for Oscar®-winning director Jonathan Demme and Academy Award®-winning screenwriter Diablo Cody in Ricki and the Flash. In an original and electrifying film loaded with live musical performances, Streep stars as Ricki Rendazzo, a guitar heroine who made a world of mistakes as she followed her dreams of rock-and-roll stardom. Returning home, Ricki gets a shot at redemption and a chance to make things right as she faces the music with her family. Streep stars opposite her real-life daughter Mamie Gummer; Rick Springfield, portraying a Flash member in love with Ricki; Kevin Kline as Ricki’s ex-husband; and Audra McDonald as Kline’s new wife.

0   |   Leave a Comment
Published by Carol
Projects Video
May
24

Theatre Communications Group (TCG) just announced the publication of 100 monologues by Eric Bogosian. The book is a collection of Bogosian’s acclaimed monologues, which were originally performed as part of his six Off-Broadway solo shows that premiered between 1980 and 2000. To check out videos of the monologues, a performed by Jessica Hecht, Sebastian Stan, Sam Rockwell, Michael Shannon and more, visit: https://100monologues.com/

Check out the photos of Sebastian that are to be featured in the upcoming issue of New York Moves Magazine! And while you’re at it, check out the exclusive behind the scenes video of Sebastian during his photoshoot! 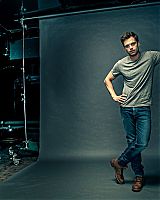 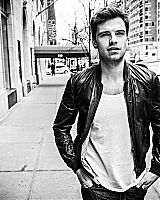 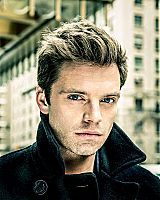 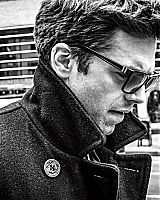 In this super-sized, extra-large, seriously bloody bumper edition of the Empire Podcast, there are six interviewees. Count ’em, six: Muppets Most Wanted’s Kermit and Miss Piggy, Captain America: The Winter Soldier’s Anthony Mackie and Sebastian Stan, plus Inside No. 9’s Reece Shearsmith and Steve Pemberton. All of this, for free. We’re too good to you, we know.

You can listen to Marvel’s podcast featuring Sebastian and Chris below!

Sebastian dropped by Chelsea Lately to discuss Captain America: The Winter Soldier! In case you missed it you can watch the video below, and check out high quality captures in the gallery now! 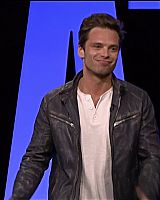 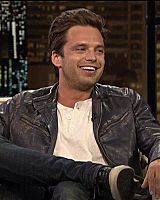 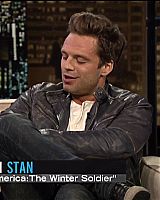 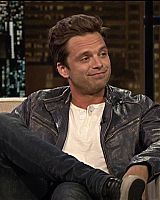 Big thank you to my good friend Pedro of ChrisEvansHQ.com for the video!

Sebastian is a man of action as ‘The Winter Soldier’ (Video)

USAToday.com — It wasn’t long ago that most of the explosions in Sebastian Stan’s on-screen life were of the sort caused by catty teen girls on New York City’s Upper East Side.

The stage-trained actor has left the TV soap-opera drama of Gossip Girl behind. Now, he’s armed with a cool costume, heavy weaponry, an abundance of psychological issues and, well, a metal arm as the complicated antagonist of Captain America: The Winter Soldier.

Like Cap, Bucky was thought to be killed in the line of duty. But instead of being encased in ice for 70 years like his buddy, Bucky was brainwashed and turned into an assassin who now works for Hydra. His mission: Eliminate Cap, Nick Fury (Samuel L. Jackson) and pretty much anyone who gets in Hydra’s way.

“Bucky had to essentially become like part machine,” says Stan, who reprises the role from 2011’s Captain America: The First Avenger.

While the Winter Soldier is essentially a new character, the actor revisited some aspects of Bucky he established in the first movie for continuity’s sake — which are important when Cap and his new foe figure out their connection in the heat of battle.

“Those are some meaty scenes, because it is a meaty concept,” Evans says. “Waking up 70 years later is heavy enough, and then seeing someone you thought was dead — that’s big. And he’s evil!” END_OF_DOCUMENT_TOKEN_TO_BE_REPLACED

More videos under the cut!