Get ready Texas “Stanners” because you don’t want to miss your chance to meet Sebastian live and in person at the upcoming Fandemic Tour which is set to take place September 15th through the 17th later this year at the NRG Center.

And for those interested in buying a photo op with Sebastian well you’re in luck! Sebastian will be there on September 16th and 17th to greet fans. You can purchase your photo op and VIP packages now while they’re available!

After walking on stage and being introduced amid audience squeals, Stan said he was in a “mystery city” he used to hear about on the TV series “Friends.”

“This is where Chandler got into all that trouble,” Stan said.

Chandler Bing, Matthew Perry’s character on “Friends,” was temporarily relocated to Tulsa for work during the series.

•Asked what storyline so far is his favorite as an actor, Stan picked the Winter Soldier saga because there is still unexplored territory with the character, which has appeared in multiple Marvel films.

“We still need to go back and figure some things out there,” Stan said, indicating he would like to fill in some blanks in the Winter Soldier’s history.
Stan, asked by the moderator if he was dropping hints about a possible movie, said, “I wish. I’m apparently campaigning for it without even really realizing it.”

•Stan said being curious worked in his favor. He encouraged audience members to be curious. He said he was curious to find role models once he “clicked” with acting while in college. He read biographies and discovered that Steve McQueen and other successful actors had troubled pasts. He said rough patches in life may be gifts you can learn from.
“That’s almost every superhero story,” he said.

Fave biography? “I just read all the acting ones from Pacino to Brando to DeNiro to Steve McQueen,” he said.

“The problem for me is these people just totally seemed like they were gods. Everyone idolized them.”

But Stan said those actors didn’t start out that way. “We made them into gods,” he said. “They just found a way to make themselves available.”

•Stan said he (gasp!) hasn’t seen “The Walking Dead,” but he watches “Game of Thrones” and “Stranger Things.”

•Does Stan watch a lot of his own movies? “After consuming a lot of alcohol, I do,” he said, adding that it’s hard to watch your own movies and it gets easier after the passage of time “and have kind of moved on.”

•Stan was asked what the Winter Soldier’s last thoughts were when he was going back on ice at the end of “Captain America: Civil War.” On-stage joking between the moderator and Stan ranged from “my arm itches” to “should’ve had dessert.” Stan then surmised that the Winter Soldier is in a place of relief because, after being “followed by this shadow such a long time,” that the character can kind of “just chill.” No pun was intended.

Said Stan: “Who is to say that whatever they put him to sleep with doesn’t give him nice dreams?”

Check out these fantastic photos taken by fellow fans and site visitors who so generously donated their own photos from Sebastian’s recent Wizard World appearance in Philadelphia this past weekend.

Again thank you to those who donated! 🙂 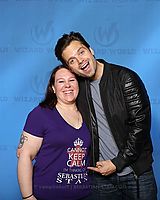 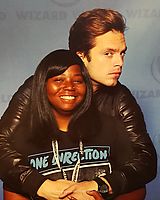 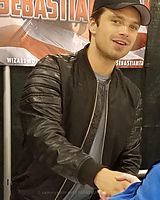 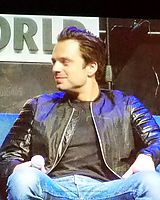 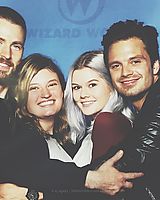 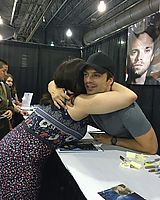 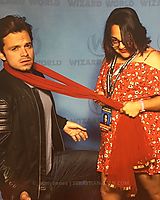 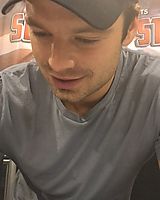 Sebastian was in attendance with many other Marvel stars in Philadelphia on June 4th for Wizard World Comic-Con. Sebastian took part in a panel with Captain America co-stars Anthony Mackie and Chris Evans along with a handful of photo ops and signings with the fans. It was quite the eventful day which he’ll be repeating again tomorrow as he heads back out to greet more fans for one more appearance this weekend. You can find photos in our gallery now.

If you attended the event this weekend and would like to donate your photos I would love to share your photos and experiences on the site, so please feel free to email me at carol@sebastian-stan.com – Full credit will be given. 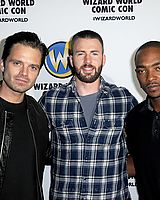 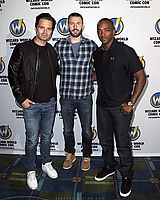 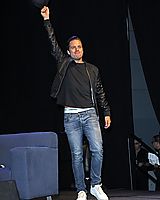 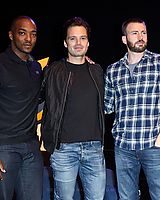 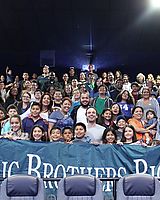 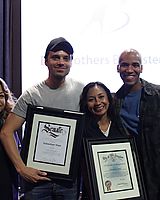 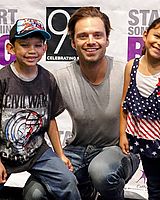 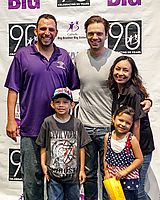 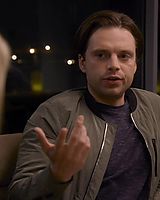 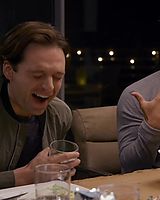 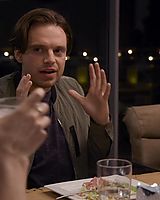 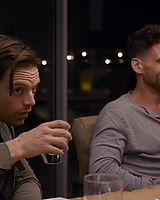 Sebastian To Be on The Late Late Show with James Corden!

I’m very excited to announce Sebastian will be on The Late Late Show with James Corden on May 5th to promote Captain America: Civil War in what will be his first official solo interview on late nite television and I gotta admit I’m pretty damn excited. Although there hasn’t been an official press release announcing his appearance they’re already selling tickets for the live recording listing him as a guest. 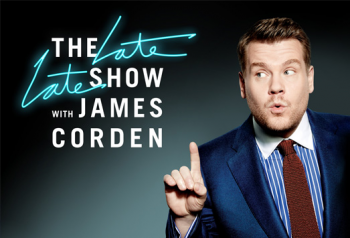 You can purchase tickets at 1iota.com if you live in the area.

In celebration of the highly anticipated film “Captain America: Civil War,” “Jimmy Kimmel Live” will welcome the stars of the film, as well as their Marvel friends, for an action-packed week of shows. On Monday, April 11, “Jimmy Kimmel Live” will welcome Team Captain America: Chris Evans, Sebastian Stan, Anthony Mackie, and Paul Rudd for a blockbuster “Captain America: Civil War” appearance. The Marvel extravaganza continues on Tuesday, April 12, with “Dr. Strange” star Benedict Cumberbatch, who will exclusively share the debut of the upcoming film’s trailer, as well as Clark Gregg of “Agents of S.H.I.E.L.D.”

The Cast of ‘Civil War’ To Appear on Jimmy Kimmel LIVE

The cast heads to @JimmyKimmelLive in April! Tell us if you're #TeamCap or #TeamIronMan LIVE on #Kimmel. Email: jimmykimmelsearch@gmail.com

0   |   Leave a Comment
Published by Carol
Page 3 of 4 Previous Page 1 2 3 4 Next Page
Sebastian Stan Fan is a website created by a fan, for the fans and is in no way affiliated with his management, or any company associated with him. All media, photos, trademarks and copyrights are owned by their respective companies. No copyright infringement is intended. Please contact us if anything should need to be removed from our servers.
Posting....